G'day,
We arrived about 24 hours ago.  It is now 11:18 a.m. Monday Dec 10 in (pronounced:  Mel-bin) and our official tour starts in about 45 minutes.  Our trip over was uneventful, our carry-on strategy worked, X-ray was not traumatic, and it really wasn't as long as all that (9 movies to choose from certainly doesn't hurt!).  We arrived here to spring-like weather and immediately started exploring (they say that sunlight is good for jet lag).  The hotel is on the ... so far, the city reminds us of a cross between , Mass with a little bit of Nice thrown in. There is not the kind of hustle and bustle as Capetown or SF. The British influence is still strong, and the accent is easy on the ears.  You could get used to easily; very nice.

Yesterday we went to an open-air crafts market (every Sunday) saw some wacky street performers (one asked if there were any Americans.  Andrew mistakenly raised his hand and the guy said "it's tough to be an American out of the states, isn't it...and made some derogatory comment about W.  Love it).  Then, we went to the . Perhaps there was one syllable (not even an inch) in all of the exhibits dedicated to the Aborigines... other than that, the exhibits were all about the other groups who have made their way here.  Fascinating.  (By the way, I read the Bill Bryson book on the way over.  It is pretty pathetic how they have treated the indigenous people here; it is tragically familiar to what we've done in the states.)  Then, on to dinner which was incredible  (NEW READERS NOTE:  we feature food descriptions in our travelogues.  If you're not into food, feel free to stop subscribing at any time!).  The dinner was incredible; the concierge (who is a real piece of work... a very typical OZ sense of humor!) was impressed we even knew about the place (Donovan's) and raised his eye brows (it's trendy for foodies).  We had "4-tastes" for first with a foot-long prawn, veal sausage, roasted vegetables, and an arrancini with an Italian flag in it.  A and I shared an asparagus salad.  For mains, had bouillabaisse with barramundi; I had a whole red snapper; Andrew had risotto with sea food.  The presentation was lovely.  Andrew had a carmelized banana tart for dessert.  Already, I can see I should have packed more pants with elastic waists!

Went back to hotel to continue adjusting to the time change.  It is funky to think we missed Dec 9 altogether.  Let us know if anything significant happened then (such as Barack clinching in !).  (NEW READERS ALSO NOTE:  the editor has definite political biases; if you don't agree, simply ignore or stop subscribing at any time.)  This morning we went for a nice walk along the river and had a great breakfast in the city center in an alley that reminded us of or .  They like doing things with poached eggs here...  And the egg yolks have a much deeper yellow.  The bacon is more like Canadian bacon and the toast is very thick and wonderful.  You don't ask for latte with skim milk; it's a skinny latte.  And it's served in a juice glass.

Again, ever so shortly, our tour starts.  On the itinerary today is a cruise on the and a dinner on the tram car (!).  Tomorrow a.m. there is a bus tour; we are free in the p.m.  Perhaps we will go to the botanic garden.  Wednesday morning, we are off to .

Weather is low 60s, but for the most part sunny.  We will see if our carry-on only strategy works (we packed layers so hopefully we will be good but will cross our fingers we do not need to wear all layers at once!).
No comments:

Reflections from the Red Hot Centre

G'day,
It is 6:30 p.m. on Friday, December 14, 2007, and we arrived several hours ago into the rain forest in Mossman (outside of ) in preparation for our journey to the tomorrow.  But, because we haven't checked in since Monday, I wanted to concentrate here on the Red Hot Centre of Australia, the Outback--which is where we spent the last several days.

Think The Thornbirds and an absolutely desolate area... a little bit of west , no tumbleweeds...many fewer people...temperatures hovering in the high 80s (though it's Celsius here) and LOTS OF flies! (You would absolutely love our facial fly nets; the latest craze but they work.) Welcome to the Outback. We arrived in on Wednesday morning and proceeded to a bush tucker lunch in the brush where we heard a talk on the Aborigines and then had the opportunity to purchase art from several artists.  I promised food updates... so the most notable item here was not the art, the artists or even the cultural talk.  It was our own Andrew Rhodes tasting some authentic ancient Aborigine fare--a live grub!  Our host asked for volunteers and Andrew, being the youngest in the group by 27 years, felt the need to volunteer.  He gulped the grub faster than the speed of light, so we were not able to record the moment for prosperity with a photograph.  But, he reports it was crunchy on the outside and creamy on the inside.  Needless to say, the two of us (Wendy & Wayne) had severe stomach cramps for the rest of the day!

That evening, we went to an Australian BBQ where Wendy was called up as one of the entertainers (you don't want to know).  The dinner featured grilled kangaroo filets (tasted like soy sauce).  Just say, we had a full day of kitsch!  The itinerary started getting really fantastic though on Thursday.  Andrew & Wendy started out the day with a hot air balloon ride (and champagne breakfast) over the outback.  It was amazing and doable even by those with an unreasonable fear of heights (your editor).  We were promised a kangaroo sighting or two but only saw cows and the sunrise...but that was enough.  However, along the way we picked up some trivia about champagne.  First, apparently, has the largest per capita champagne consumption of any country worldwide.  If my drinking is any indication, that stat makes perfect sense.  Second, because hot air ballooning was invented by a Frenchman, champagne is a critical component of the overall event.  The champagne brunch included four courses (all finger food) which were amazing... 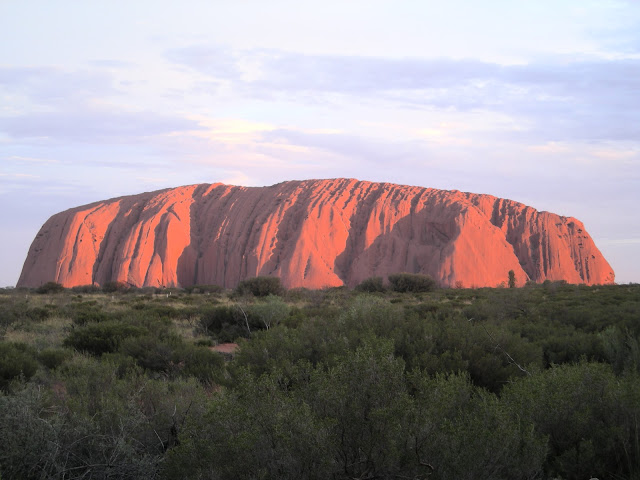 However, by far the highlight of the day (and the trip so far) was a visit to Uluru (previously called Ayers Rock) in mid afternoon through sunset. Uluru, a huge rock (one of my co-editors would do a better job with the dimensions--but suffice to say it is more than 6 miles around)... is a sacred Aboriginal space.  And, indeed, it was truly spiritual.  We explored some of the adjacent areas (some cave paintings, a watering hole) and were just amazed at its magnificence.  Great museum here, too.  We capped off the evening watching the sunset over Uburu, with (yes, once again) champagne and (this time) appetizers.

The plan this morning was for Wendy and Andrew to leave the hotel at 4:45 (that is after a 4:00 a.m. departure on Thursday) to take a camel ride around Uburu at sunrise.  However, the van driver arrived with the message that the camel event had been cancelled because there was a light rain and "camels get psycho in the rain"... so next time for that! Andrew and I walked to a lookout point to catch the sunrise there instead.

There is a queue at the computer...so it's time to sign off.  We're off to on Sunday and, hopefully, a business center with better access.
No comments:

Treasures in the Tropics

G'day,
It is Tuesday, 3:19 p.m., 12/18/07 in and we are finally a foursome (Em arrived this morning).  Next edition will be dedicated to spectacular and that it is.  But, here, we'll describe our experiences in where we spent Friday, Saturday, and Sunday.  This is the fastest growing part of OZ.

We left Uluru for Cairns on Friday and followed the Coral Sea (James Cook Highway) to the Silky Oaks Lodge--a beautiful retreat in the rainforest where every guest's room is an upscale tree house (did you think I would camp?).  On Saturday, Andrew & Wendy headed off to the Great Barrier Reef (world heritage site treasure #1) while went on a Daintree Rainforest (treasure #2) aboriginal nature tour.  The defies description--over 1,000 miles of reef, incredible sea life, glorious colors, amazing snorkeling, etc.  After a 90 minute catamaran ride out there, Wendy did the submersible (amazing photos) and Andrew snorkeled.  Then, we got together for an "ocean walk," a new attraction simulating scuba without certification.  Here's how it works.  You suit up, they give you weights to wear around your waist (those would be waist weights... say that 10 times).  You walk onto a platform and they put a big plastic bubble over your head which they pressurize and attach to an air hose.  You then are escorted by one of the divers to an underwater platform (16 feet under) where you view the fish (holding onto a handrail for dear life if you're not a scuba diver or great with deep water such as your editor here).  Anyway, the fish swim right up to you; perhaps the most fun was when they fed the fish and they swam up to our faces (or what seemed like our faces).  Great photo opportunity for the diving company; of course they try to sell you all the pictures and of course we bought a bunch (grandparents:  you will be the proud recipients of several). 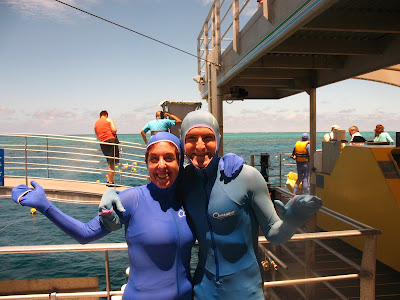 Saturday night we had a wonderful dinner at the hotel with new friends who live on an island outside of (Mardelle / Jim:  please note). got adventurous and had not only a crocodile souffle as an entree (which means first course here) but also kangaroo filet for his dinner (called main here).  The setting (again in the rainforest) was marvelous.

Sunday, we were off for additional treasures.  First, to a wildlife preserve where we saw crocodiles (they were being fed chicken heads, ouch), cassowaries (a most amazing bird, said to be more dangerous than crocodiles because of their deadly talons) and uber-cute koala bears.  We left the preserve to go to Tjapukai (an aboriginal cultural museum dedicated to the history and culture of the rainforest Aborigines).  Unlike the aboriginal culture talk we'd had earlier in the week in , this was not at all patronizing.  It was beautifully done and featured Aboroginal performers.  As one of the activities, we tried our hand at boomerang and spear throwing; no comments on my (lack of) athletic prowess there.

We finished our time in the tropics with an evening in --a tourist town that felt like .  However, unlike we found a wonderful art gallery where we treated ourselves to a beautiful piece of Aboriginal art which will go on our one remaining wall in the living room.

Tonight it's off to the Sydney Opera House... a tour, dinner, and the Nutcracker.  Tomorrow, more touring of and then it's off to NZ.  We'll be back at you there.
No comments:

When we're not globe-trotting, we live in Deerfield, Illinois. 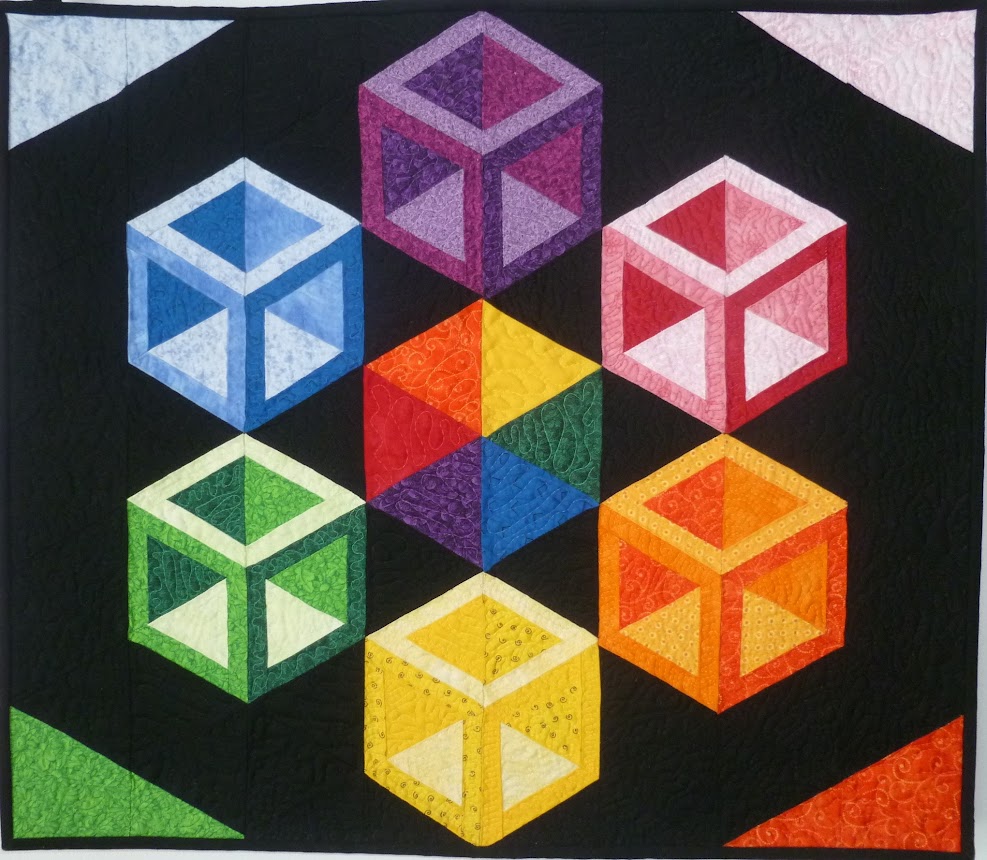 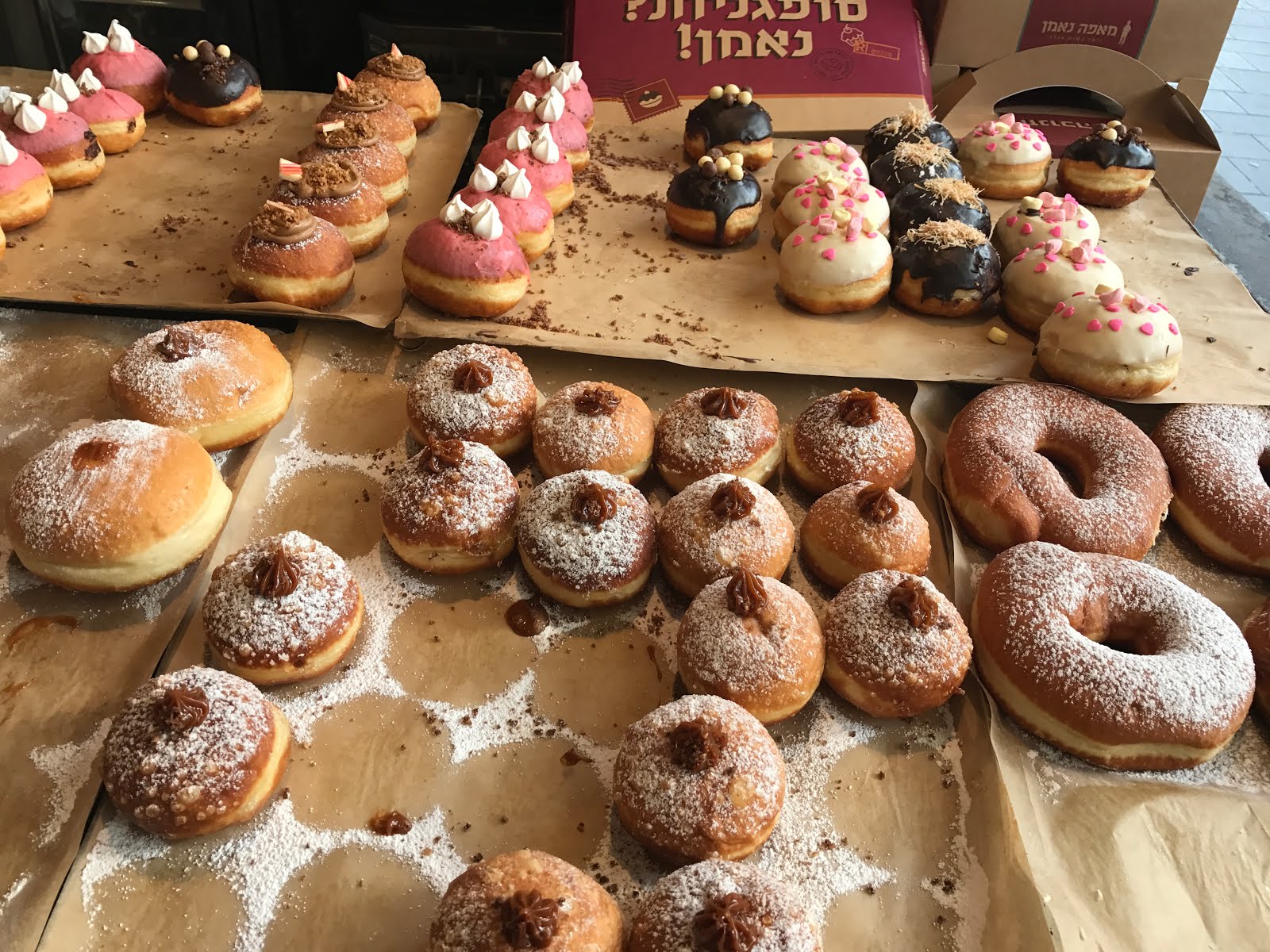 Lighthouses we have visited around the world. 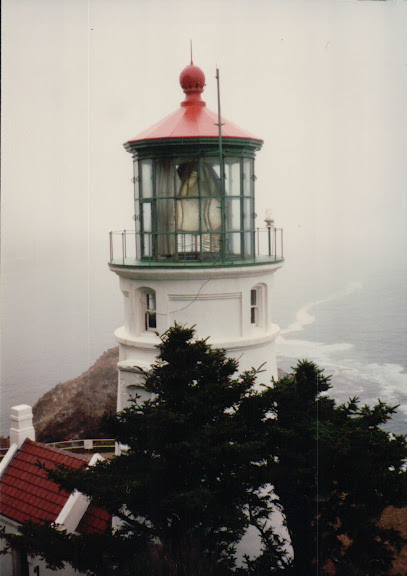 Who's viewed the blog!